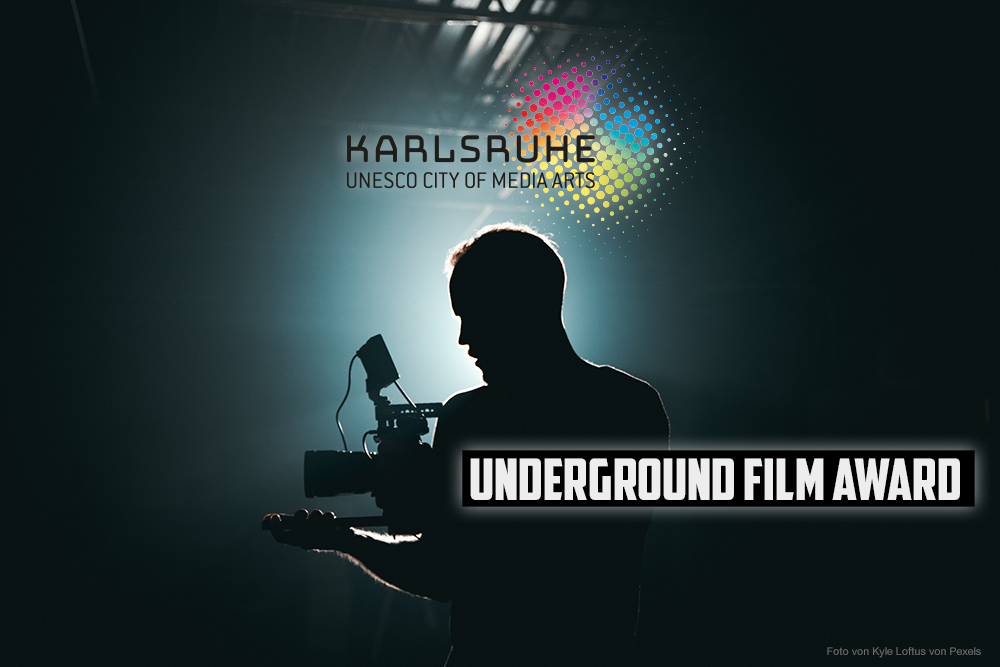 Media Artists can submit project ideas for UNDERGROUND Film Award
Media art is universal. With regard to the independent film scene, numerous media art movements are now diversifying in the sub-genre “film as media art”. Together with the INDEPENDENT DAYS | Internationale Filmfestspiele Karlsruhe, the Filmboard Karlsruhe would like to offer independent filmmakers without great financial opportunities a production option for a low-budget project worth 3,000 Euro. This is why the short film competition “UNDERGROUND FILM AWARD” is being announced under the label “Karlsruhe – UNESCO Creative City of Media Arts”.

We are looking for artificial short film ideas that tell a story in a creative and unusual way. Regardless of whether you have a fictional, experimental, documentary or documentary short film idea – send it to us and convince our jury of your project.

The film idea should not exceed a running time of 10 minutes and have not yet been implemented. An expert jury will select an idea from all the submissions, which will then be implemented in cooperation with Karlsruhe filmmakers.

The premiere of your film will take place as part of the INDEPENDENT DAYS | Karlsruhe International Film Festival.
WHO?
This call for applications is aimed at all creative professionals who work in the field of “media art” and / or “film”; student projects are also welcome. There is no age limit. Media artists from the other UNESCO Creative Cities of Media Arts are to be addressed in particular. Participation is also open to all other filmmakers and media artists.
HOW?
The award consists of a production grant that enables the winner to realize a professional media art film project with the support of the Filmboard Karlsruhe (e.g. in the form of script development, shooting in Karlsruhe, post-production or music composition). The aim is to produce an experimental short film that thematically deals with current issues in our society.

Send your project idea with a completed PDF to mail@filmboard-karlsruhe.de by May 31, 2021.

For further information, including participation modalities and other details, please go to https://www.filminkarlsruhe.de/underground-film-award or mail to mail@filmboard-karlsruhe.de.