‘It started from being a night owl.’

Sleep is, naturally, incompatible with what the world of uninterrupted operation demands and promotes as an ideal norm. It is overlooked and everyday, to such a degree that it could be presented as banal and sinful. Yet this biological banality common to all living animals has an intrinsic potential. It defies being logically understood and utilized. It is a quiet, unnoticed form of resistance that happens individually but is shared in its universality. It remains as a sign of shared time, participating in the world by its mere being there. A sleeping body, a sleeping being, is vulnerable and intimate. And very present.

What does a sleeping being become against the backdrop of a world that is lit 24 hours? What does this state of repose mean when there is no time to pause? How can one exist as a sleeping thing? Can one dream of hibernation and its potentialities? What does it mean to have an asynchronous biological clock? What lullaby could one sing?

Based on her publication As long as there is time to sleep (2016), Yoojin Lee composed a body of works that takes its chapters as points of entry into the fluctuating textures of sleep:
0.. Lie down: a prelude
1.. Introduction
2.. Artificial stars
3.. SLEEPY’S
4.. I like to stay horizontal
5.. Who falls asleep?
6.. To sleep in a world without lullaby
Intermission..
7.. While there’s still time
8.. Dormant buds on twigs
9.. Ostriches are diurnal but may be active on moonlit nights

Yoojin Lee is interested in ways of being set against the ways of being we are given. She likes to sleep a lot and take long walks in the nighttime. She graduated from Gerrit Rietveld Academie, Amsterdam, in 2016 and is currently based in London. 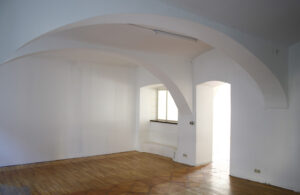